Win10 and win8.1 i bought all work perfect, good communication with the seller,and the shipping was fast, thanks Turing International Limited.

Very professional on software items. Product is exactly as described. wish a long term business with you. hope my message can hope you guys on trust

COA stickers with installation Data Pack via cloud Share are the best choice for me to promote this business easy and cost-saving. thanks YOYO

I bought this item to upgrade from windows 10 on DELL computer. The product was easy and somewhat fast to install. Thank Turing Staffs patient service

Security built-in at the start

Reduce risk with multiple layers of security right in the operating system for on-premises and cloud protection.

Rely on new layers of protection built into the operating system to further safeguard against security breaches. Help block malicious attacks and enhance the security of your virtual machines, applications, and data.

Protect the applications that run on your operating system, anywhere it’s deployed

Help detect suspicious behavior in the kernel or other sensitive processes with advanced auditing capabilities. Plus, use Microsoft Operations Management Suite Insights & Analytics tools to set up alerts and reporting.

Learn how Windows Server 2016 can help you can meet high-priority compliance requirements and security objectives such as PCI DSS 3.2, ISO 27001, and FedRamp more efficiently.

Migrate more easily to the cloud with the hypervisor that runs Azure, the world’s largest datacentre. Rely on a Windows Server 2016 platform that’s not only recognized by Gartner as a leader in x86 server virtualization, but has analysts saying will change the competitive dynamic for virtualization.

Save when you migrate workloads to the cloud with Hyper-V

Run your workloads on Hyper-V, then easily migrate them from on-premises to a Windows Server virtual machine in the cloud.

Use Shielded Virtual Machines to encrypt your virtual machines with BitLocker and help ensure they run only on hosts approved by the Host Guardian Service.

Microsoft has been reorganized by Satya Nadella, putting the Server and System Center teams together. Previously, the Server team was more closely aligned with the Windows client team. The Azure team is also working closely with the Server team.

In March 2017, Microsoft demonstrated an internal version of Server 2016 running on the ARMv8-A architecture. It was reported that Microsoft was working with Qualcomm Centriq and Cavium ThunderX2 chips. According to James Vincent of The Verge, this decision endangers Intel's dominance of the server CPU market. However, later inquiry from Microsoft revealed that this version of Windows Server is only for internal use and only impacts subscribers of Microsoft Azure service. 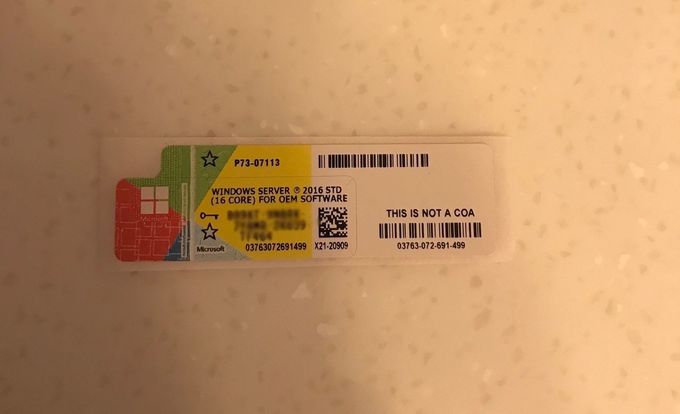 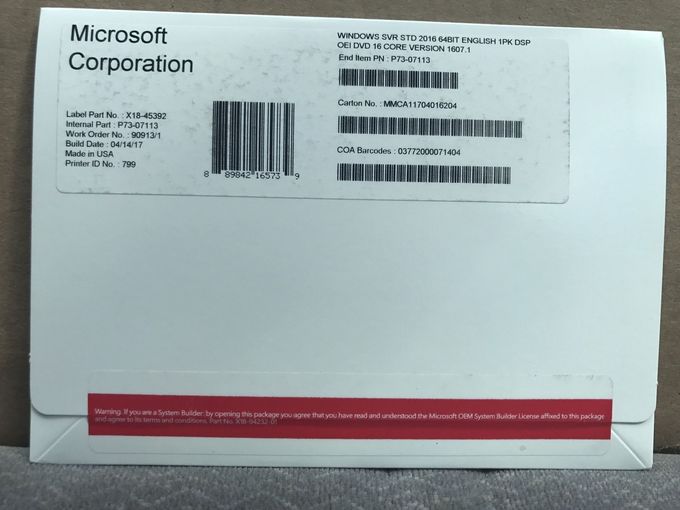 Other products in stock

If you have any need, please feel free to contact our sales as below:
Lynn
Tel/WhatsApp: 86-18718782025
Skype/Email: sales08@turingsource.com